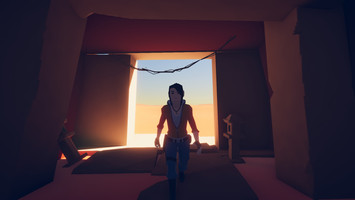 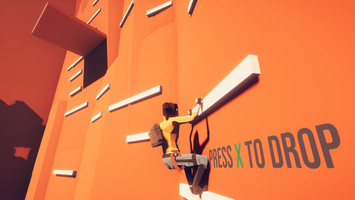 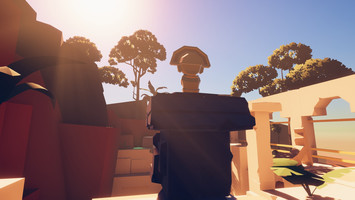 I firstly want to thank all of you that have played the game so far, it's been great to see the responses and the let's plays. I made this little gamejam game because I enjoy Tomb Raider, and it's great to see you all enjoying Minimal Raider as well!

It's been a few weeks now since I released v1.0, and in the meantime some bugs have popped up, and there were also a few things I still wanted to implement/fix. So today I'm releasing v1.2, which, along with the improvements from v1.1, marks a solid and polished release of Minimal Raider.

Check out the changelog below and I hope you enjoy the improvements!

- Fixed the bug where low obstacles could not be climbed when the framerate was low.
- Fixed the bug where some ledges did not trigger the auto ledge grab.
- Fixed the bug where you could immediately exit the game at the beginning by pressing E near the jeep.
- Fixed the bug where the character kept running by herself in some cases when pressing the use button and move buttons at the same time.
- Fixed the bug that caused the shadows to appear much fuzzier than intended.
- Improved the layout of the ledges leading up to the button platform in the great hall.
- Improved the layout of the ledges leading down to the secret in the great hall.
- Added four extra secrets around the level for a total of five.
- Added a toggle to the pause menu to turn off automatic ledge grabbing. This only applies to the saving ledge grab when running off the edge of a platform, not for grabbing a ledge during a jump. In manual mode you can still climb down by pressing X.
- Added a respawn button to the pause menu to reset your character in case you get stuck somewhere.
- Lowered the volume of the traps.
- Added more foliage around the altar.
- Added support for arrow key controls.
- Remapped roll to Q to make it easier to reach.
- Improved gamepad button mapping (crouch is now on L1, roll on R1, walk on R2)
- Quitting the game after reaching the ending now requires manual confirmation (escape).

- Fixed the bug that prevented the use animation from playing when flipping switches.
- Fixed the bug that stopped the boulder from killing you sometimes.
- Increased shadow resolution on the High graphics level.
- Compensated for the potential performance hit of the new shadows by adding color grading and fog to the Low graphics level, making it a nicer-looking alternative than it was.
- Removed the SSAO effect for a cleaner look and a few extra frames.
- Added a spiky floor to the axe room. Don't fall!